“…from a very young age I always felt passion for speed and at the age of 6 I discovered that I also had a talent for it. Going successfully through all karting stages I received at the age of 16 the possibility of moving to Europe. Reaching this was one of the happiest moments of my life…

…there were years of hard work and dedication, which 2016 were crowned with great glory, when I could win the F4 championship in Italy and nothing less than on the great Monza circuit…

…I am currently focused on working to become the next Argentine in F1 and that is why I continue to work, push and grow professionally to be able to take my flag again to into the highest category of the automotive world…”

Marcos Siebert is racing in the F3 Formula Regional European Championship 2019 together with David Schuhmacher for US Racing, and winner of the Italian Formula 4 Championship 2016. He is rated 2017 as one of the most talented 20 young drivers around the world.

Marcos Siebert was born in Mar del Plata in Argentinia on 16th March 1996 and loves to race since he is born. He is actualy racing driver in the F3 Formula Regional European Championship, and joined David Schuhmacher at US Racing 2019. He was Racing Driver and Race Winner in the Euroformula Open 2018 and GP3 Series 2017 with Campos Racing after showing his talent in multiple motorsport series around the world.

2015, Siebert reunited with Jenzer to partake in the Italien F4 Championship. In his first season, he claimed two victories and finished fifth in the standings. He remained with Jenzer for the 2016 season and claimed the championship ahead of Mick Schumacher.

Before becoming champion, Marcos had to go through several steps in motorsport, which moved him up in his career. He began to race with racing karts at the age of seven and straight after his debut in Karting Series in 2005, he took the 3rd place in the Championship before becoming Vice Champion in 2006. In 2011, he was Sudam Vice Champion and racing in the Metropolitan Formula Metropolitan, Eurocup Formula Renault 2.0 ,Formula Renault 2.0 Alps till 2014.

2017 the FIA Journal AUTO released an article and brought together six expert journalists from across the world of motor sport who choose Marcos into the 20 best young drivers around the world.

"RACING IS ADRENALINE"
Tweets by Marcossiebert1 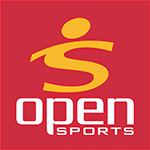 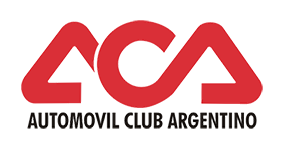